A couple of weeks ago I was cast as the “Lead Girl of the Hungries” for a commercial titled, The Binge: Thanksgiving Gone Wrong. The casting call noted that participants must be “willing to get messy with food.” I was willing and they weren't kidding! 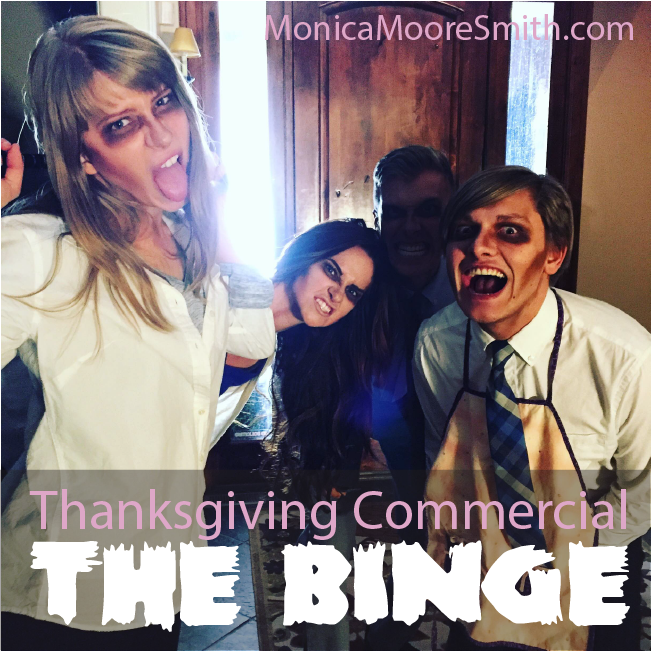 On November 18th we met to film this spoof of the movie The Purge. We spent the first half of the day getting very, very messy with the food. So messy, in fact, that I had to shower before we shot the pre-binging scenes. (Why were they shot backwards? The earlier scenes were set outdoors…at night. So we filmed inside during the day and outside after the sun went down. That's film for you!)

In spite of the chilly weather and the gravy stuck in my hair, I had a great day food fighting like a zombie. Thanks to the cast, crew, and other walking dead for a great shoot day!

Check out our Thanksgiving horror story…and thank you for you participation in The Binge.