Seeking Fairness For All Shown at BYU-I Devotional

Over a year ago I auditioned for an entitled LDS project. The audition was unusual. I was asked to prepare a short commercial for any product and send in the film. Eventually I was called in to record some ad libbed conversations and later was cast as Samantha in a series of videos. The filming and revision went on intermittently for over a year with focus testing and enormous discussion and care. 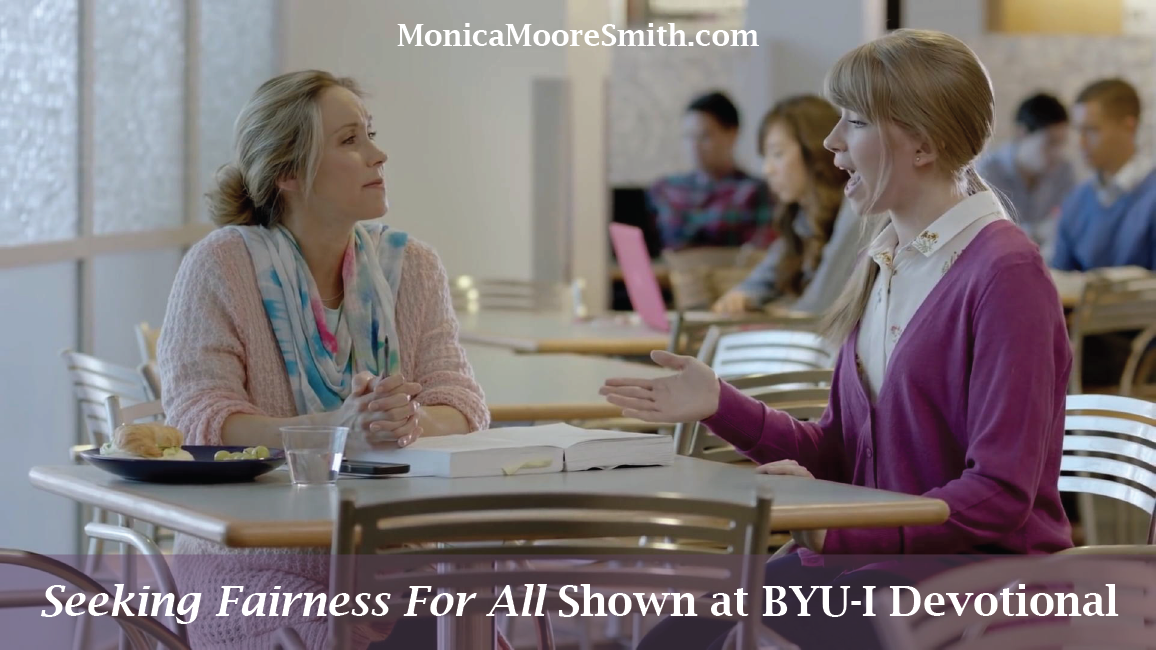 On June 14th, after a number of weeks not hearing anything, I started getting texts from friends at BYU-I. They were at a university-wide devotional, listening to an address by Von G. Keetch titled An Example of the Believers, and watching the series. Some even snapped me bits of the presentation, but it wasn't until later I was able to see the entire film.

Although Samantha is a character and I would not have said all the things she said, I was appreciative of how much consideration my thoughts were given in the creation process and with the overall result.

The published title was Seeking Fairness for All and was later posted as Respecting Our Differences While Defending Religious Freedom. I hope you find it informative and helpful. I'm so grateful for the fine cast and crew I was able to work with on this project.