Last night Conflicted Felons—one of the BYU Capstone projects I performed in last year—was screened. It was great to see many members of the cast and crew again and to see the pilot episode. I play one of the four leads in the ensemble cast, convicted animal activist Emily Gibson. 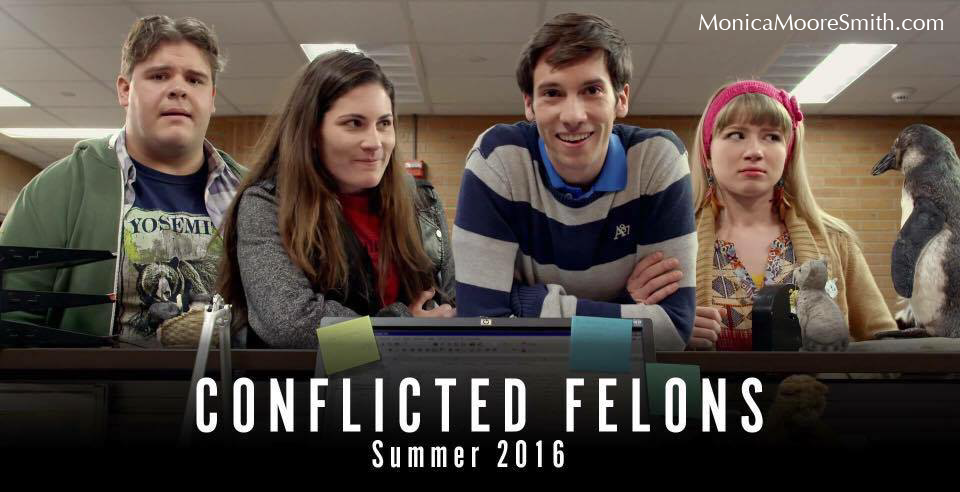 The pilot will tour will festivals for the next year or so. Hopefully we will be able to film more episodes after it's gone the circuit! Check out the trailer!