Last year I attended Especially for Youth at BYU. After an audition I was selected to sing in the talent show and got a little more notoriety (labeled “Mormon Famous” by my peers, haha) for appearing on the back cover of the booklet. In that session I met a counselor named Benjamin Cheng.

Flash forward many months and I got a Facebook message from the counselor—who happens to work with YouTuber extraordinaire Stuart Edge—asking if I wanted to help out on the next video. I accepted and at that shoot I meet Rj Idos and a bunch of the people who made the crazy hit Dark Lord Funk which mixed Harry Potter with Uptown Funk. A few weeks later, Rj asked if I want to be in a video for his new channel. Fortunately I was able to work out my crazy scheduling and be part of it.

We rehearsed a couple of times and today we filmed Shake It Off Disney Style. 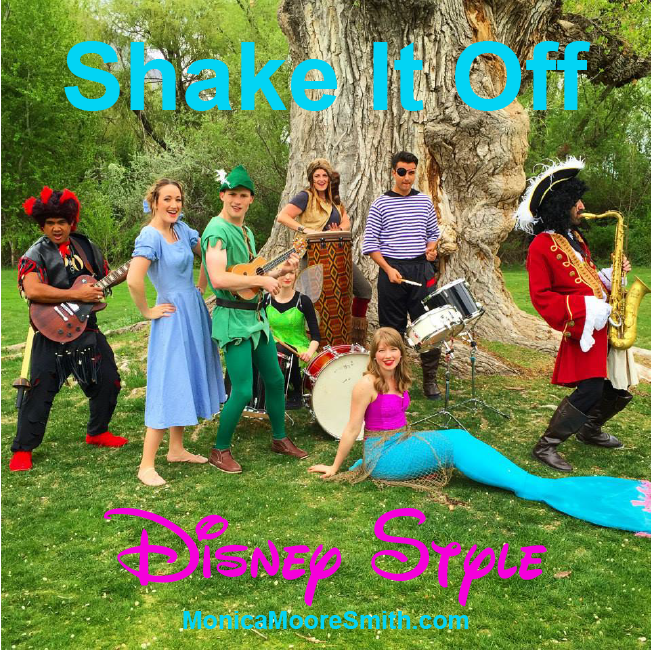 I was a Neverland mermaid (you know, Peter Pan). Trying to get around in the fish suit was a challenge, but it was a great day with more fun people—and even friends who carried me (or wheeled me on a dolly!) from place to place.

Can't wait to see the video when it's finished! I'll post it then. Here's wishing Rj Idos a crazy success story!