Sinclair Oil 100th Anniversary Commercial – Are We There Yet?

My first ever national commercial began airing yesterday! It's the Sinclair Oil 100th anniversary spot titled Are We There Yet? I portray one of the three “modern girls,” who spent April 8th on a road trip cruising in a white mustang convertible. I love my job! Scroll down to see the commercial in all its glory! 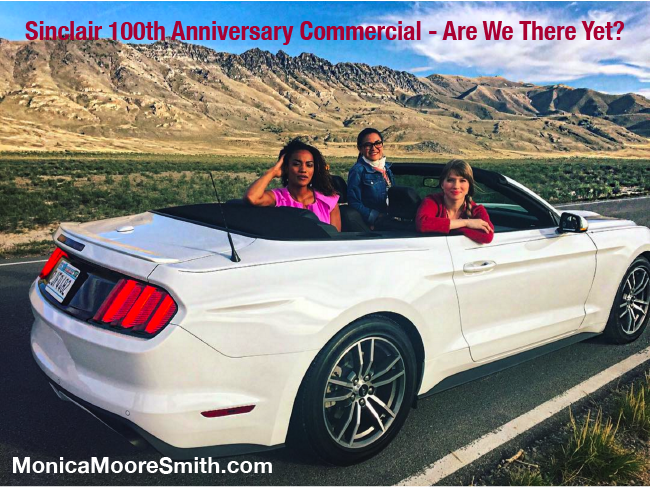 And prepping in our trailer. And sometimes not prepping. Did I mention I love my job?

I haven't seen the commercial yet, but friends have seen it on NBC. Hopefully I'll get a glimpse soon. Let me know if you see it! I'll update with a video if they post it.

The audition process is always interesting. I first got a call to audition as a hippie. Then I was called back for both the hippie and modern girl segments. Ultimately, I was cast as the modern girl. (Watch in the hippie segment for my Saturday's Warrior buddy, Morgan Gunter!)

Here is the selfie we took as part of the audition. Booked us the gig, I'd say! 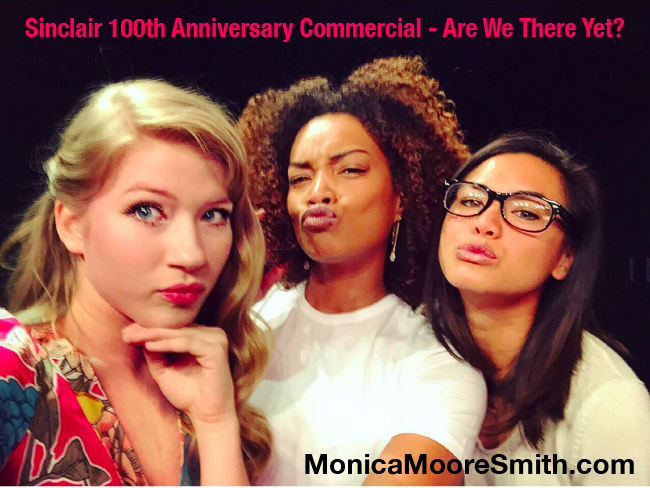 Here is the selfie we took in the actual filming process. These girls were so great to work with! Fun day all around. 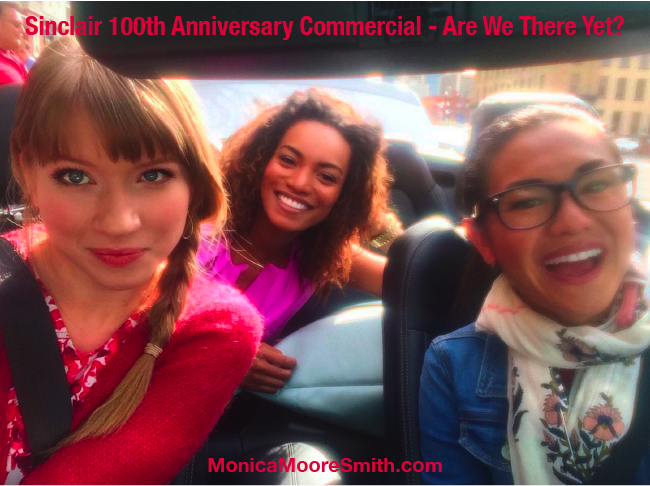 What better way to celebrate wrapping the shoot than by repping my swag at the Sinclair station? 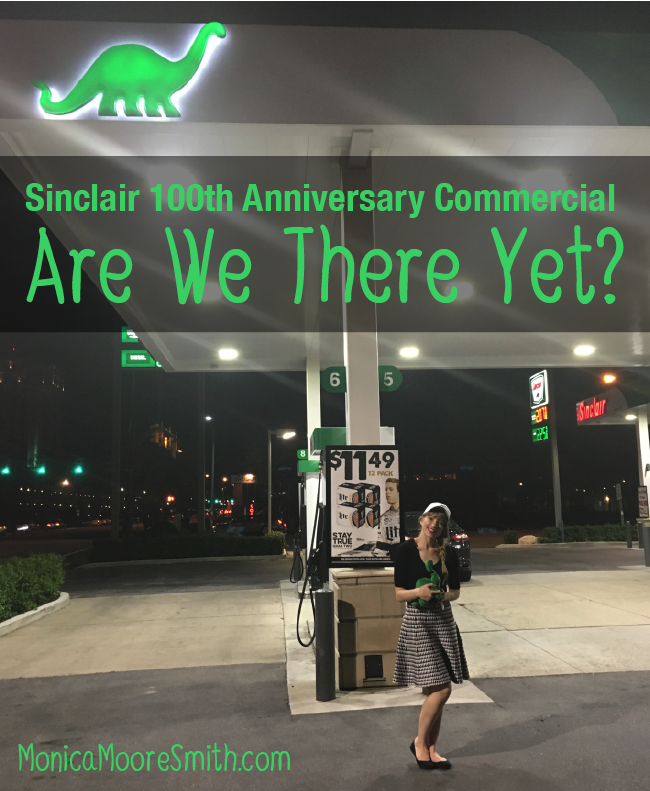 Had such a fun time! Here are the results!

Sinclair Oil “Are We There Yet?” 60-second spot

Sinclair Oil “Are We There Yet?” 30-second Spot