Yesterday I told you about the great Mother's Day video produced by the Happily Ever After Project. Here is an article about the video by I Love the Book of Mormon, giving you a little background on how and why they produced it. 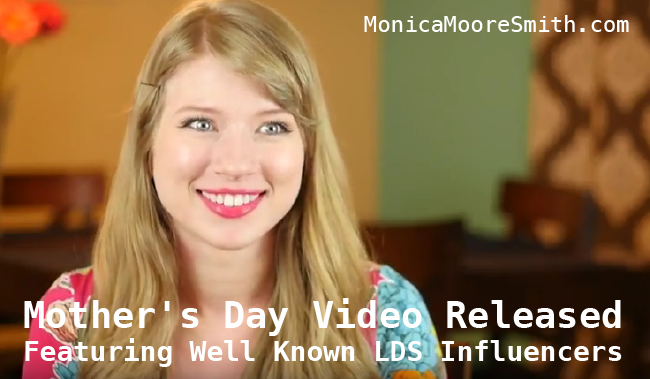 I was so pleased to be part of this project and to be included with so many great people.