Kenny Holland’s BOATS is My Jam

When your film brother and good friend drops an album, you have to download it. When you love it, you have to tell your friends! Kenny Holland's new album is amazing. I listened to it on the drive home from Arizona after the Saturday's Warrior openings there. Loved it so much I covered a tiny bit of one of his songs, So Long, on Vine.

Head over to iTunes and get B.O.A.T.S. (Based on a True Story) so you can see what I mean. And in case you think he's a rock star, just let me correct you. He's an alt-rock star.

He's kicking off his national tour on May 27th in Los Angeles and he'll be in Salt Lake City on June 1st. Check to see if he's in a city near you.

Way to go, big brother. You're going to knock 'em dead out there!

Update: On June 1st, I gathered with some of the Saturday's Warrior family to attend the Salt Lake City stop of the BOATS tour. As expected, Kenny killed it. He's such a great performer and it was fun to see his sister, London, again. She was excellent on the guitar. 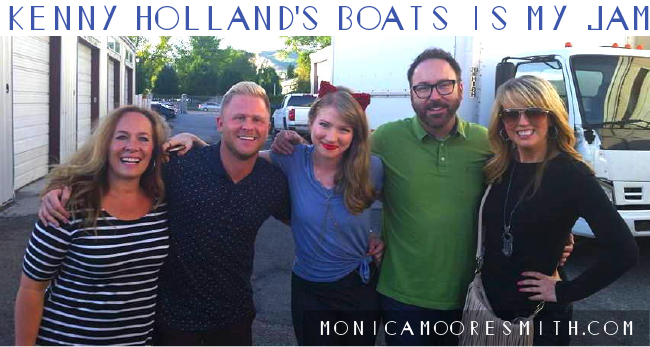 If you can get tickets, do it! You won't regret it.